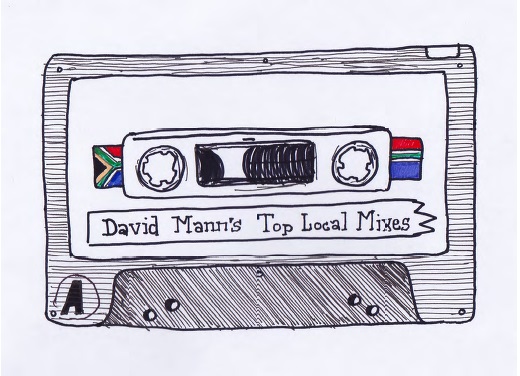 Each year, the National Arts Festival brings some of the best local and international musical acts to its Grahamstown stages. If you’ve been to Fest before, you’ll know that some of these acts can’t be found in the festival programme, but rather in the city’s various pubs and clubs playing music that you can’t find in any of the music rooms, jazz halls, or other assigned festival venues. Archetype has put together the mixes of just a few of these artists. Give them a listen here and find out where to catch their shows this National Arts Festival.

Do Work Records producer and a permanent fixture at The Assembly in Cape Town, Das Kapital put out this mix as part of the Mad Decent Block Party which took place in SA for the first time earlier this year. The set is full of hard electro house beats with tracks by artists such as Rusko and Zed Bias, as well as a lot of his DK’s own tracks too.

Das Kapital will be performing at Prime on Friday 4 July.

Due to his versatile DJing style and musical range, DJ VA-VA has played tons of festivals and club shows. This guy knows exactly how to make a crowd move, with his sets taking you through some of the best house, DnB, and electro you’ll hear. This is an hour and a half long live set VA-VA performed at Untamed Youth at Fiction in Cape Town and every track in it is a banger.

Be sure to catch him with Half Life and Pixel Pop on Monday 7 July at 37 on New.

Niskerone is no stranger to Grahamstown or the National Arts Festival, and his shows never disappoint either. This mix is testament to his Cape Flats inspired style of Drum ‘n Bass, containing tracks by Hudson Mohawke, Noisia, and some of his own collaborations with long time friend and musical partner DJ SFR.

Catch Niskerone with Hyphen at Prime on Sunday 6 July.

Another local Drum ‘n Bass pioneer who has done wonders for the seen, Hyphen puts together some of his favourite low key, DnB thumpers in this hour long mix which starts and ends with some humorous and to the point commentary on the state of music. Perfect if you’re in the mood for some laid back DnB beats.

Catch Hyphen playing with Niskerone at Prime on Sunday 6 July.

It’s pretty common practice to jam in about five layers of clothing during the National Arts Festival to avoid freezing your arse off. If you don’t vibe beanies or those stupid looking earmuffs, help thaw your eardrums with this ‘Spring Loud’ mix. It’s about half an hour of Veranda Panda’s signature jumpy, glitchy beats, and it’s sure to put you in the mood for a party, no matter how cold it is.

Catch Veranda Panda at Champs Action Bar on Thursday 3 July, at 37 on New on Friday 4 July and at Prime on Saturday 5 July.

Bacon’s kak, French toast is average, and this mix is dope. Coming from Port Elizabeth, Eastern Cape, DJ Kenichi has put together a mix that’s over an hour long, blending some of the best Hip- Hop, DnB, Disco, Funk, and Bass tracks. Great for any time of the day really, and delightfully old school at points.

Catch DJ Kenichi performing with various others at 37 on New on Thursday 3, Friday 4, and the following Thursday 10 July.