Singer-songwriter Arno Carstens and Francois van Coke, frontman of the ‘controversial’ Afrikaans rock band Fokofpolisiekar, teamed up for a unique collaboration taking you through the euphoria of two decades of the South African rock scene. Both award-winning artists played a ‘so to say’ crucial role in the development of the contemporary rock scene in South Africa. A scene of uncharted territory after a brand new Democracy.

The performance at the National Arts Fest took place in the Guy Butler theatre, which was an unusually formal, yet a very apt venue with regards to the previous ‘hard-core-grunge’ shows of  the respective bands. A relaxed and predominantly acoustic set, with the exception of Jedd Kossew (Van Coke Kartel) on electric guitar and Gus Warden on drums, eased the audience into a moderately calmer side of the controversial rockers.

Carstens and Van Coke’s line-up included songs from Springbok Nude Girls, Fokofpolisiekar, Van Coke Kartel and  Arno Carstens‘ solo repertoire. As well as a special selection of South African Rock songs that have strongly influenced both artists over the past two decades. “Kom Hier” by Battery 9, truly took you back to the Nude Girls’ roots and with this one can definitely not set aside the influence of the sound of the Voëlvry Movement  – the South African Boat that Rocked.

With songs like “Blue Eyes” and “Hemel op die Platteland”   Van Coke and Carstens showed the audience exactly how well their voices compliment each other.

A set reminiscent of the  sense of the grunge controversial rockers’ lyrics we got to know in mosh-pits, in perfect combination with the charming  Arno Carstens and Francois van Coke you now see in front of you, subtly leading the audience through 20 years of South African Rock. 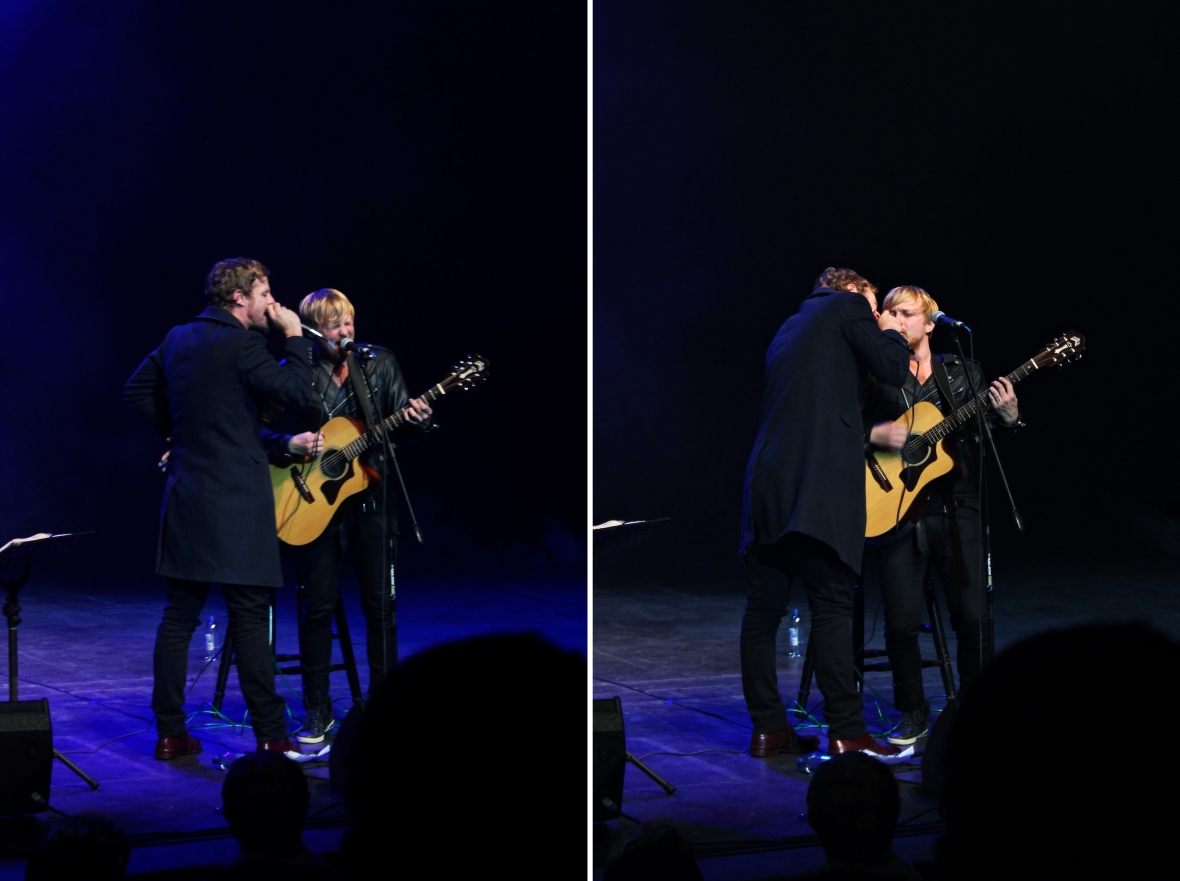