Walking in at the Alec Mullins auditorium the audience is greeted by the sight of two poise bodies, one crouching in a metal bath tub and the other pouring water over the crouched body. Candles are aligned on the floor as we walk to locate our seats.

Luyanda Sidiya’s choreography can conceptually be compared to the literature of writers such as William Gqoba’s Imbali yaseMbo, A.C Jordan Ingqumbo yeminyanya, Solomon Plaatje’s Mhudi and Peter Mtuze’s uDingezweni. As your senses are submersed through multiple spheres, all fluid and constantly shifting much like culture. Within each of these, however, exists multiple realities as an idea or image changes its context depending on the spectator.

The biblical Psalm 23 recital drifts to the entire  audience being instructed to stand up and look under the chair cushions, only to discover a fortune pamphlet typically distributed and pasted on the corners walls of various urban spaces. To the amazement of the audience, laughter fills up the auditorium until we are all instructed to sit down again. In Siva (Seven) you experience Christian liturgy and the traditional orality as complementary –  a result of the choreography.  The evocative tempo of the drums switch swiftly between the syncretic dances, from  Afro-Cuban to the Yoruba of West Africa.

Stylistically Siva (Seven), isn’t simply the movement from the familiar to the unknown, it represents the contribution of the oral tradition to the work of Sidiya.  Characterization and action are also influenced by the divination of verses that can be traced from the language of Ifa. The sound progress from humming syncopated rhythms to the vibrant drums of West Africa. What seems to be the constant is the continuous isiXhosa oral narrative linked to the Japanese traditonal dance, Odori.

Sidiya’s choreography also conglomerates dance styles of the Zionists, Shembe, Abapostile and the contemporary dances of Mozambique and South Africa. Sidiya takes the audience on a pilgrimage in a deeply spiritual and dystopic setting. The movement allows you to take heed of all your senses, as alluded by the title, to a state of completeness and perfection. 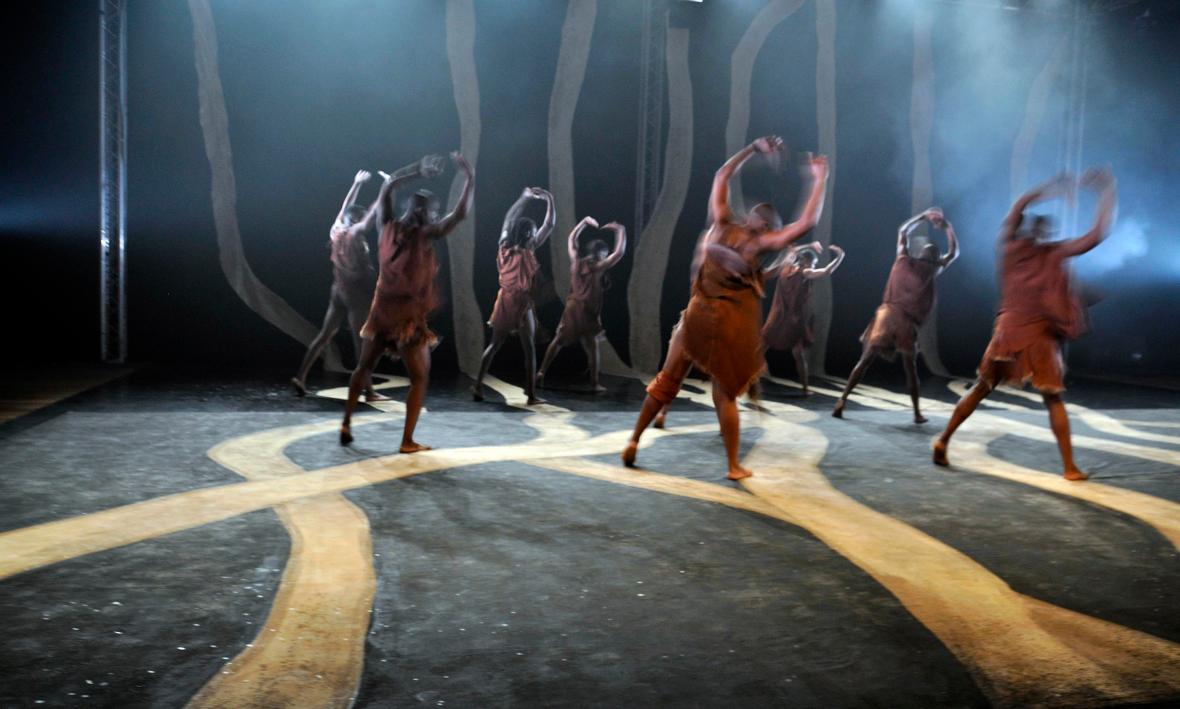 One thought on “SIVA (SEVEN)”